The structure of the Hungarian economy is mostly compatible with other countries at the same level of development. Service sector accounts for slightly less than two-thirds of the GDP. Within the service sector, the private services (trade, tourism, finance and other economic services) are highly developed. Services, especially economic services, represent a sizeable portion of the country’s export. The transportation sector (with some companies owned by the state and others by private corporations) offers optimum conditions for transit traffic due to Hungary’s favourable geographical location. The state-run service sectors (health, education, public administration) failed to keep pace with the other service sectors and their fundamental transformation is therefore high on the political agenda.

The agricultural sector, for which Hungary has especially favourable climate conditions, represents approximately 3,1% of the country’s GDP. Crop yields decrease from one year to the next, which is not sufficiently compensated by subsidies, capital supplies and investment incentives.

In line with international trends, the industrial sector accounts for around one quarter of the country’s GDP. Recently, primarily export-focused industries have been able to increase their output. These include the automotive industry, telecommunications and computer technology, food and light industries as well as the construction industry. 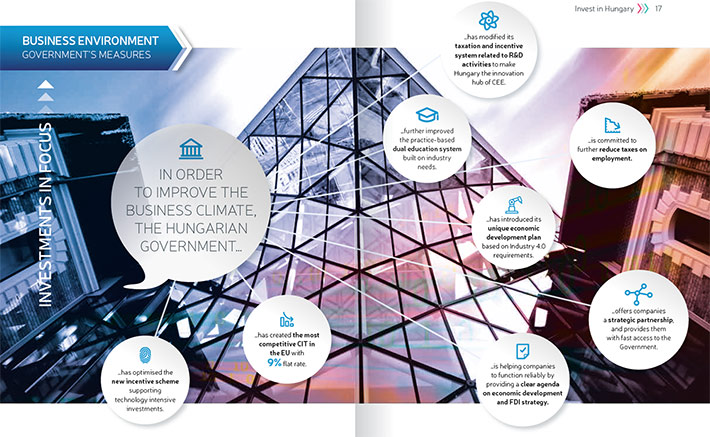 Hungary maintains a high per capita stock of foreign direct investment (FDI) for Central and Eastern Europe. However, the 2009-2010 crisis has strongly affected FDI flows to Hungary and since then the volume of inward FDI flows has been lower (except for a peak in 2012). FDI picked up again in 2018 to reach USD 6.3 billion (almost doubled). The country adopted a new law, introducing a foreign investment screening mechanism related to national security in some sectors such as defence, dual-use products, cryptography, utilities, financial industry, electronic communication and public communication system. Most of the FDI inflows were invested in manufacturing (equipment, electronic, automotive, chemistry). According to the UNCTAD World Investment Report 2019, stock decreased by 2.1%, reaching $ 88 billion in 2018 (57% of GDP). Main investors are Germany, the Netherlands, Luxembourg, Ireland, the US, France and South Korea. FDI are mainly oriented towards manufacturing, trade, personal, scientific and technical activities, and monetary intermediation.

Hungary has benefited in recent years from a change in direction of FDI from low-value textile and food-processing sectors to wholesale, retail trade and repair of vehicles. However, the demographic decline of the country and the slow progress of the education system impede crucial structural transformation. The Hungarian government adopted an investment screening law, which came into force at the beginning of 2019 on the back of security concerns. Hungary ranks 53h out of 190 countries in the World Bank's Doing Business 2019 report (48th in 2018). 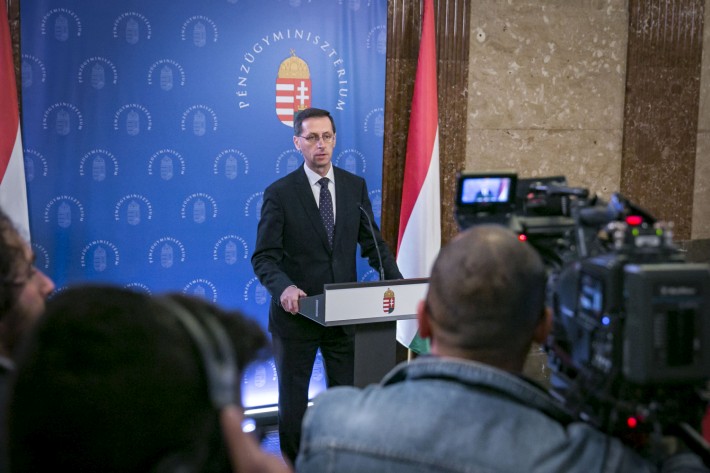 The Budapest Stock Exchange (BSE) is the venue for trading with shares of public companies limited by shares and registered in Hungary, securities issued by businesses, and Hungarian state and other securities. The BSE has four trading sections: equities, securities, derivatives and commodities. For more information on the BSE and BUX, its leading index, see the BSE website.